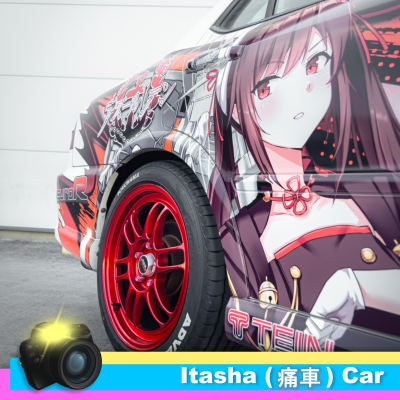 This Itasha car is a 2000 Honda Accord Euro R. Exclusively produced for the Japanese domestic market. Imported into the UK in 2020. It was the top of the range for performance Honda saloons at the time alongside the Torneo Euro R. Very rare even in Japan today, with no more than 15-20 of these cars in the entire UK.

Wrapped in the most beautiful artwork which portrays Haruna and Yamashiro from the popular mobile game Azur Lane. All the characters in the game are anthropomorphized versions of historical warships. They both belong to what’s known in the game as the Sakura Empire.